It was certainly very sad to see the images and read the stories from Hurricane Harvey this past week.  My heart goes out to all the families affected by this natural disaster.  Then there is the utter devastation with flooding in Asia.  Very tragic.  I can’t imagine what they are going through…

Closer to home we are dealing with other troubles, terrible fires in British Columbia and Manitoba.  Regarding the latter close to 4,000 people from three First Nations communities have been uprooted and evacuated to Winnipeg this week.  Kudos to the teams involved in the evacuation effort but yet again, my thoughts are with all those individuals affected…

It’s also painful to see investors continue to be taken advantage of – by crooked thieves and fraudsters posing under the profession of financial advisers.  I was directed to this story in particular.  Too bad the “adviser” only got three years of prison time.

“The fraud left the Hancocks, who are in their mid-60s, financially ruined and emotionally devastated. They were forced to sell their house and move into a small rental home in Halifax and have no money left for retirement or to help their daughter.  A financial analyst said the Hancocks’ total losses were close to $1 million.”

All this to say, there always seems to be lots going on in our world – lots of people who desperately need our attention and support, including donations of time and money.  There will always be people in need.  Hopefully you can spare any time or funds to these causes.  We will certainly do our part and will continue to so…

When you have some downtime this long weekend, amidst your plans, I hope you check out these articles including some free materials and education opportunities below.

Here is the paradox of money.  Agreed, you only need a certain amount to be comfortable in life and all the riches in the world are largely meaningless if you don’t have your health and good relationships with others.

In case you missed this article on my site – I wrote about big problems but also big opportunities for millennial investors here.

This couple is eyeing retirement and looking forward to travelling the world.  Given their ages and assets I have no idea why they wouldn’t start the journey tomorrow.

A reminder about this cool and upcoming Canadian Financial Summit – a 100% FREE summit with 25+ Canadian personal finance and investing experts who will share their saving tips, investing practices, thoughts and advice on housing, how to protect yourself from $hitty advisers who steal people’s money and much, much more

The event is FREE to attend however if you can’t make the scheduled session date/time, you will be given the option to purchase a special any-time, anywhere, Premium All Access Pass that will allow you stream the entire conference whenever fits you best.   Besides, register now and you’re automatically entered to win one of the free Premium All Access Passes they will giving away when the event goes LIVE on September 13th.  Good luck!

Curious about how deep the rabbit-debt-hole goes – with big banks giving out Home Equity Lines of Credit (HELOCs)?  It’s mind-boggling… 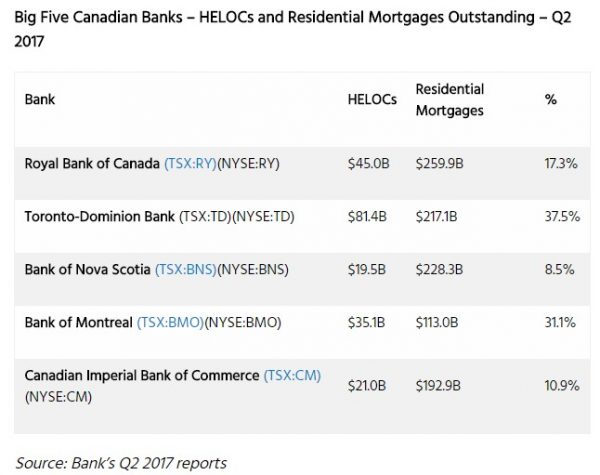 My friends over at Young and Thrifty posted Canada’s complete guide to the best online banks.

Andrew Hallam believes schools need to step-it-up to prepare our kids for the future.

Who doesn’t love getting a deal?

Don’t forget about my Deals page where you can save hundreds or even thousands of dollars over years with better saving and investing solutions.  It’s your money – get more out of it!

A Wealth of Common Sense identified when you should sell your investments.

Here is a link to some FREE resources for newbie investors.

Dividend Growth Investor shares his approach to never run out of money.  Seems like a good approach but you’ll need a healthy nest egg to pull it off – to live off dividends.