Welcome to my latest Weekend Reading edition, some of my favourite articles from the week that was.

Let’s get to it – here are my recent posts:

I profiled this financially free Aussie who retired at age 50.

I shared how I built my dividend portfolio…and how you can consider building your own too. 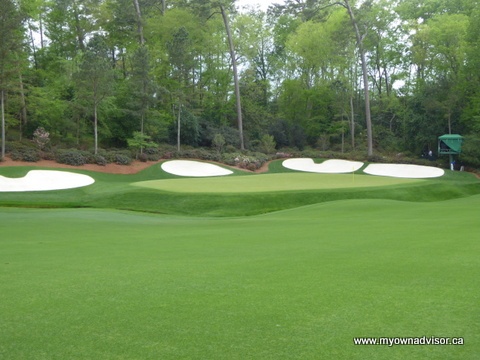 My inspiration, my recent visit to the 13th at Augusta National Golf Club.

Thanks for being a fan of this site and helping it grow to almost 60,000 pageviews per month!

Friend Barry Choi said to avoid these tax mistakes if you’re a freelancer.

Did you know you could earn about $50,000 per year in dividends, tax free?   There’s a small catch but it’s true thanks to the Dividend Tax Credit.  Consider for Ontario, the tax rate (combined federal/Ontario) on eligible Canadian dividends in 2016 was actually minus 6.86% on the first $41,536 of such income.

Who owns what across the broad Canadian life insurance industry?  Now you know.

A reminder that ModernAdvisor allows you to trial $1,000 of their own money to invest with them.

Sure Dividend compared a couple of high-yielding and profitable REITs.

Here are some reasons to file a tax return, even if you don’t have to pay taxes.

Dividend Earner believes your RRSP should not be your only retirement plan.

From the oldie but goodie file…do you need a million dollar portfolio to retire well?  Of course you do.