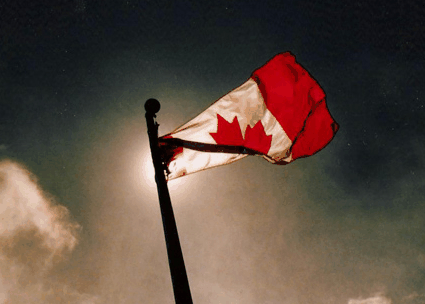 Before we get to the long weekend reading list some fun Canada Day facts to share if you don’t know these already.  You can wow your friends and family over BBQ and beers this weekend 🙂

Wherever you are this long weekend, celebrate it and be thankful, for living in what I believe is the greatest country in the world.  Happy long weekend!

Seems Boomer and Echo caught my wavelength, they wrote about the cost to build an individual stock portfolio.  Robb figures he’s saved close to $400 in money management fees over the years by building his own stock portfolio instead of purchasing a Canadian dividend ETF like CDZ.

A fan of personal finance and smart investor in his own right, Barry Choi had a guest post here about signs your adviser doesn’t know a thing.  My favourite part was this:  “One meeting he had a cast on his hand.  I asked if he was okay and if he was in an accident?  His response was his hand had met the face of someone he didn’t agree with.  How do I even respond to that?”

Jason Zweig reminded us that market stumbles are great news for investors.

This website tells us about the opportunity cost of sitting on cash for too long.

Tom Drake said you should rethink an annuity for retirement income.  I think they make sense for some investors but certainly not until you’re at least age 70 due to low yields these days.

Retire Happy reminds us to buy low and sell high, if you sell at all that is.

A Wealth of Common Sense discussed some bond investment strategies.

Have a great weekend!