You are here: Home Millennial housing struggles – it ain’t all avocado toast

It ain’t all avocado toast folks.  At least that’s what I hear from millennials now and then. 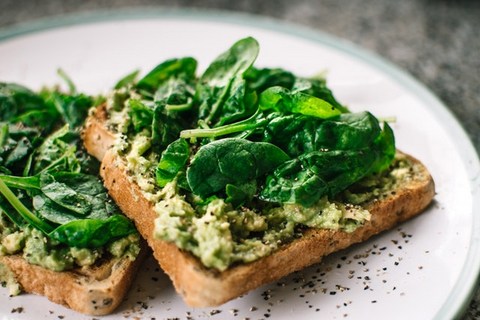 (notes:  Depending upon your source, demographers and researches typically define millennials as those born between the early 1980s, as the early birth years, and the mid-1990s to early-2000s as the ending birth years. Millennials are sometimes referred to as “echo boomers” due to major surges in birth rates experienced during this window.)

Millennials have argued they have it FAR worse than their parents…debt is normal; student loans are astronomical, housing is largely unaffordable – this list goes on.

Boomers have fought back – there has certainly been a fair share of millennial bashing in recent years.

Instead of providing my own take, I thought I would share one back-and-forth email discussion I had with a millennial recently – a fan of this site.  I mean, who better to share what millennial’s think about on housing than a millennial.  Here is his Tyler’s take and experiences.

Tyler, can you tell me a bit about yourself, for readers, so they have some context?

Sure Mark.  I’m 27, living in my hometown, a small town about 90 minutes southwest of Toronto. I took kinesiology in university, but I’m now managing a rural grain elevator (if you’re looking to bore readers I can write more about my job)!

Long story short, after I got my kinesiology degree from Laurier, I largely ignored it and got into the fertilizer game, where I had worked during the summers. The money is okay and for the most part I like the work – which is why I do it.

Interesting, so you’re not working in the field you chose.  Do you feel that investment (university) was a poor decision?  Thoughts?

University was incredible.  I think most people who went would tell you from an experience point of view alone it was worth it. You do a lot of growing up – you have to work up the ambition to go to class and study, you have to prioritize your days, you have to run a rudimentary budget (even if it’s all fueled by student loan debt).

Besides the experience, I do think university was worth it even if I’m not using my education for my career.

In retrospect, university taught me to think. Now, many young adults don’t heed the lessons, but it was in university that I really learned statistics, to seek out sources, to think critically, how to prioritize information, etc. While I do not need to know the insertion of tibialis anterior (the muscle on your shin, I still remember a few things!) to serve farmers at my day job, every day I use the thinking skills I learned.

My advice to students is just to apply thought to your plans after high school. I went to university because I had good grades in high school and I thought that’s what the students with good grades are supposed to do. I went to Laurier because my uncle did and I chose kinesiology because I liked working out.

Everything worked out okay in the end, but if someone had told me to sit down and imagine my ideal life in 20 years, I probably wouldn’t have made the same decisions.

Let’s talk about housing.  Almost every 20- or even 30-something I read about or hear about wants to own a home.  Why?  Where do you think this comes from even if it’s not the right financial decision?

Well, I can speak for myself.  A few years ago, I was renting and had no plans or desire to own a house.

Housing was too expensive.

Most people I interact with, including online, are in the cities (mostly Toronto).  Housing prices are crazy there. I don’t blame my fellow millennials for feeling disheartened by real estate.

I mean, the cities are where most people want to be, and for good reason. That’s where the jobs are, that’s where the things to do are, and urbanization is a trend that is not going away.

My housing story has two parts.

I was living and working in a very expensive housing market, even closer to Toronto, and I had no choice but to rent.  I started out in a 1-bedroom basement apartment until the landlord upstairs sold the house for what he said was “an offer he couldn’t refuse”.  After that I moved into a 3-bedroom newly built townhouse, I immediately rented out the other two bedrooms to help pay the rent. (I could’ve afforded the place on my own, but I wouldn’t have been saving any money – I would have been very house poor…)

Renting out the bedrooms was annoying (not great tenants and none stayed long) but it was the only way I could achieve some savings.

The plant I was managing close to Toronto closed, but I was able to find work near home because nobody wants to live out in the boonies, let alone work in a grain elevator.  I fully intended to rent here too, so I signed a lease on a place a month or two after moving back. Places here are pretty expensive considering there’s nothing to do in the town – we don’t have a Walmart, movie theatre, there’s one tiny gym, etc. – so I didn’t expect buying a house would make sense for me.

But…it’s not what you know but who you know, and someone I knew lived in a condo building where one of the owners in the building died. They smoked inside, and never updated the place (it was a bit of a dump…) but because of my connection I was able to meet directly with the executor of the estate and he accepted my offer. “Nice” I thought since renovated units in this building sell for $210,000 – $250,000; whereas I paid $183,000.

My conservative estimates suggest I’m going to do maybe $20,000 of renovations and end up with a place worth $220,000. If a deal like this wasn’t available, I’d still be renting, for sure. Right now, the condo is set to close very soon (mid-April). I honestly didn’t think I’d ever be a homeowner given the prices I saw, but I got extremely lucky. I’m of the opinion that most people do not make their housing decisions considering all the numbers, which is fair since it is an emotional/sentimental decision. But by the numbers, a lot of the time renting would be better but people don’t want to consider that…

They fear not having control of the place, like my experience with the landlord selling the house I was renting in, and almost every piece of advice we (millennials) get says renting is inferior and all you’re doing is paying someone else’s mortgage.

Every day the news tells us housing prices are going up, every day someone older than you says you should buy a house, every successful person you know seems to own a big house, your parents likely own their house; and examples of people who succeeded while renting are tough to see (unless you look deeper). When that’s all you see, why even consider renting?

But not only that, nobody teaches you the math/variables to make a rent vs. a buy decision so even if you want to be objective you don’t have the knowledge to do so.

Finally, based on your experiences, what should millennials consider before they make the leap into “home moanership”?

For one, find a good rent vs. buy calculator – I know you have some here Mark, on your Helpful Sites page, so that’s great.

Think long and hard about whether you want to be in that area long term, whether you’ll like the responsibilities of owning a home.

Really try and tune out what people are telling you.  Do your own homework and think critically.  It’s your life and money.

In general, I think more financial sacrifice is needed from everyone (almost).  If 10+% of your paycheque isn’t being set aside for whatever your goal might be – a house, retirement, FIRE, etc. – you need to take a hard look your spending or income.

This might mean living with roommates longer than you’d like (as I did); or living at home longer (as many are doing), or eating out less, or not buying a car, or getting into board games instead of nights out at the bar.  A few sacrifices can go a long way.

Our reader Tyler seems to have his act together.  Based on other things he told me in various emails, he is also a passionate, maturing investor who lives frugally to help meet his savings goals (and housing obligations).  He told me he is “very frugal…currently driving a $600 car” which he plans to drive for years to come.

When it comes to other 20-somethings, I wonder if most are willing to make similar financial sacrifices or lifestyle changes to make home ownership a reality.  Or, based on housing affordability for 20- and 30-somethings should they even bother?  Why do so many young adults feel renting is throwing money away?

There are cases to be made to ditch home ownership and become a millionaire instead.

What’s your take on millennials and housing – and their quest for home ownership?  A learned desire from Boomer parents?