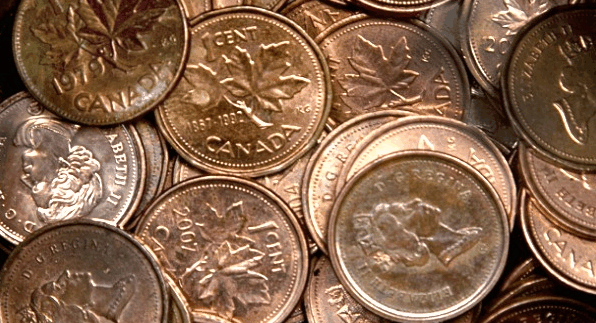 Welcome to a new era in Canadian currency folks.

Our Royal Canadian Mint stopped issuing the penny on February 4th mainly because it costs more money to produce the penny than the currency it represents.  Sure, we can continue to keep using pennies going forward but there is no requirement for stores to accept them.  Eventually, the circulation of these things will dry up over time.

What about penny phrases and idioms?  Can we use those still?

With the penny on the way out let’s a look at some phrases we might have to say goodbye to as well.

Bob is one bad penny.  Every time he comes around he wants to borrow cash.

Tom’s SUV is sweet.  That must have cost a pretty penny.

Did you hear about Michael?  He cut off his kid’s allowance without a penny after his kid quit school!

Preet, I would give you a penny for your thoughts!

A penny saved is a penny earned.

Jim is penny-wise and pound-foolish.

Sadly, Chris doesn’t have two pennies to rub together.

Despite his great success, Neil is fairly frugal.  He must be a penny pincher.

See a penny, pick it up; all day long you’ll have good luck; give it to a faithful friend, then your luck will never end.

Dave counts his pennies because he has a daughter to send to University.

In my 20s, I bought a few penny stocks.  What was I thinking?

What do you mean, I don’t own Ram a penny!

You guessed it My Own Advisor watches his pennies but not as much as his friend Scott!

Any common penny phrases I missed?  What are your favourites?