You are here: Home Frugal athletes – including living in a van

Frugal athletes – including living in a van

In a recent Weekend Reading edition on my site, I shared this story about frugal Detroit Lions player Ryan Broyles.

Broyles signed a contract worth more than $3.6 million, of which, more than $1.422 million was guaranteed. From the article, “Broyles knew the other statistics — ones reinforced when he went to the rookie symposium.  He knew NFL players, and athletes in general, go bankrupt. He saw athletes blow through millions. He was determined not to have that happen to him.”

So what did Broyles do?

He came up with a budget.

He and his wife live on $60,000 a year, “give or take,” throughout his career.  Every other penny goes into investments, retirement savings and securing Broyles’ post-football monetary future.

According to a Baltimore Sun article, 308-pound NFL player John Urschel made over $500,000 in salary and bonuses in 2014. His rookie deal is actually worth $2.3 million through 2017. What kind of car does he drive? 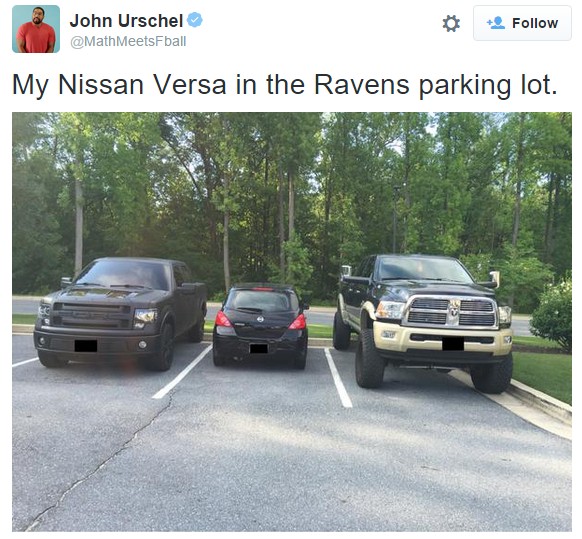 A while back Mazda made an offer to multi-millionaire Washington Redskins NFLer Alfred Morris.  They offered to keep his beloved “Bentley” on the road.  “Bentley” is actually a 1991 Mazda 626.  After more than 275 hours of labour and more than 400 new parts were installed, the Mazda was fit for the road again.  You can read the story here.

Last but not least, former Blue Jays’ top prospect Daniel Norris lives in a van.  The Van Man has a consistent 92-mile-an-hour fastball along with a then, $2 million dollar signing bonus with the Jays and a deal from Nike.  I’m not sure where Norris lives now (after recently getting traded from the Jays) but on his way to the big leagues he did live in a 1978 Westfalia he purchased for $10,000, in the Florida suburbs, of a Wal-Mart parking lot.

Interestingly, with seven figures in the bank and more on the way, these top athletes are likely more frugal than most – certainly most athletes I suspect.  I know a few well to-do folks and although they spend money, they are very careful how and where they spend it.  A little bit of frugality is an admirable trait to make the most out of your hard-earned dollar.  These wealthy athletes show us how.

What’s your take on frugality?  Sounds like fun or something to make fun of?