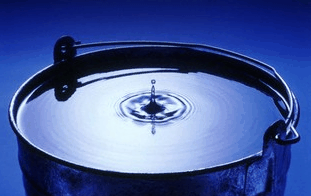 A very Happy New Year everyone!

Before we jump too far into 2012, it’s time to take a look back at my last dividend income update for 2011.

Although more dividend income in 2011 (over 2010) was not an explicit financial goal for us this year, it happened.  But dare I say it, it was not a surprise.  That’s because we’re buying and holding (and hopefully never selling) established companies that pay dividends regardless of what calamity Mr. Market creates.  Actually, we don’t care very much if equities go down and Mr. Market has some fun – we’ll just buy more of these companies.  In 2011, we did just that!

Last year the following companies we owned increased their dividends, like they have for many years, decades in fact.  Past performance is never a perfect indicator for any future returns, but it’s a start.  Some of these companies have been paying dividends for over 100 years.  I’ll take my chances for another 30 or 40 years they’ll do the same.

And, just in time for Christmas…

There are more companies we own that increased their dividends in 2011 but you get the picture.   Dividend-investing isn’t the be-all, end-all but for part of our retirement portfolio, to compliment indexing in our RRSPs dividend-investing is working for us.  It’s a killer one-two hard-hitting retirement punch in my opinion. 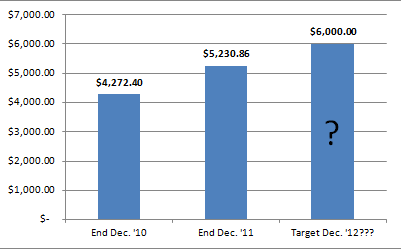 That’s almost $1,000 more than the 2010 calendar year.  Most of our companies are running synthetic DRIPs, that is, dividends are reinvested to buy more whole shares every quarter.  The rest of the funds (dividends not used for reinvestment purposes) go towards our cash account to buy new companies such as Progressive Waste Solutions (BIN) in 2011 or pay down mortgage debt.

Long-term, we hope this dividend income will keep rising in order to fund part of our retirement dreams, complimenting our passively indexed RRSPs.  Time will tell for sure but for 2011 at least, it was a good time to be a dividend investor in the companies above.

I encourage you to stay tuned to my monthly dividend income updates for 2012, as I continue to build my stock portfolio, marching towards financial freedom.  You can find these types of posts every month under the category “Monthly Dividend Income Update”.

Got some feedback or questions about my dividend-investing journey?   Fire away!