You are here: Home An Example of Righting a Wrong: Kia Canada

Dare I say it, but sometimes major corporations actually do the right thing.  Mistakes happen and pardons are in order. 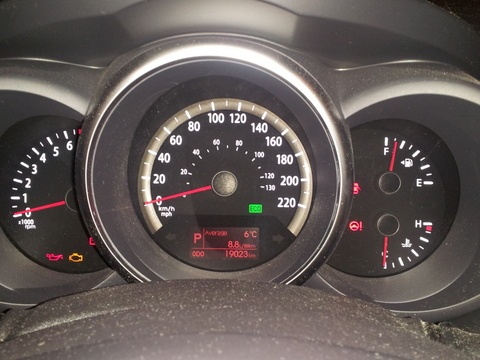 About this time last year, my wife and I decided to purchase a 2012 Kia Soul.  Our purchase was prompted from having two aging cars, hers nearing 10 years old and mine going on 12 years old, both costing us some money every few months when major repairs were discovered and needed.  We needed at least one reliable vehicle.  After taking a few months to research our new car purchase, we settled on the Kia Soul – which had many features we were looking for.  The purchase price was right, the financing was 0% interest and the fuel economy was decent for our 2.0 L model, so the sticker on the window said:  8.5 L/100 km city and 6.8 L/100 km highway.

Over the last year, we’ve enjoyed the Soul but since the engine was “broken in” we found the fuel economy to be higher than the manufacturer’s claim – noticeably.  Since purchasing the car, I just chalked it up to a typical auto manufacturer’s claim; the Soul’s fuel economy was based on test drives in optimal conditions.  We were consuming about 0.5 L/100 km more both in city and highway driving.  Turns out this variance was not going unnoticed by management at Kia Canada, thanks to reliability ratings from Consumer Reports and other watchdog groups.  In fact, Kia Canada recently decided to do something about it – much to my surprise.

Recently, Hyundai and its Kia cousin reported the bad news they’ve known about for some time – they were posting incorrect fuel economy numbers on many new car models, dating all the way back to 2010.  The fuel economy errors involve over a dozen models from the 2011 through 2013 model years, seven Hyundais and six Kias:  Hyundai’s Elantra, Sonata Hybrid, Accent, Azera, Genesis, Tucson, Veloster and Santa Fe; Kia’s Sorrento, Rio, Sportage, Optima Hybrid and yes, our 2012 Soul. Apparently, procedural errors at their testing operations in South Korea led to incorrect fuel consumption ratings.  Hyundai and Kia have since revised (upward) their average combined fleet fuel consumption ratings by 0.3 L/100 km for the 2013 model year.  In addition to correcting fuel consumptions claims going forward for affected vehicles they are also righting their wrongs by ensuring owners of every Hyundai and Kia vehicle impacted are compensated.  Hyundai and Kia owners will be reimbursed for the fuel value difference in the combined fuel consumption rating, plus 15%.  Hyundai and Kia dealers will use odometer readings to determine how much owners might have saved if their cars used the revised (corrected) fuel economy over a year and then give owners a pre-paid credit card for difference, including an additional 15%.  We learned at our Kia dealership this week, the pre-paid credit card will be reloaded every year for as long as we own the Soul vehicle.  Based on our calculations, Kia Canada owes us over $200 – which will pay for about 1.5 months of gas in the vehicle.

What do you make of Kia Canada’s attempt to right a wrong?  Good corporate citizen or a crook caught red-handed who is scrambling to save face?