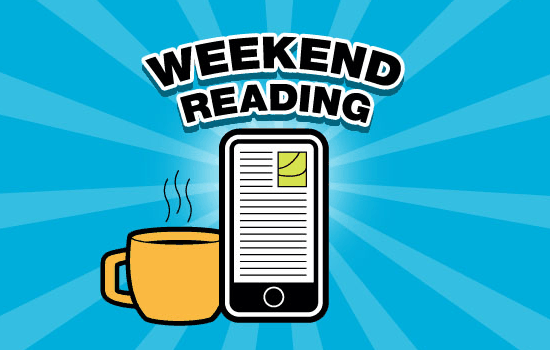 Well, from a real high to a major low.  Reality hit my Ottawa Senators earlier this week, losing 7-3 to the mighty Pittsburgh Penguins.  At the time of this post, our team is down 3-1 in the best-of-seven game series and the pivotal game # 5 is Friday night.  Last week, I said Ottawa would take the series in seven gruelling games but I must admit, I have my doubts now.  So, while I still believe in our team that belief is admittedly fading because the fire-power from the Pens seems just too much.  If this was the last home game of the season, at least our long-time Ottawa captain Daniel Alfredsson has the last puck he ever played on home ice as souvenir – TV replays showed he got it after the end of game # 4 from the linesman.

White flag ready to wave or not, it’s been a great year for the Senators and they deserve tons of credit gutting it out through an injury-plagued season and growing a young team at the same time.  Regardless of the outcome I’ll be cheering for you boys during game # 5.  You can follow my tweets during the game here.

Here are some recent posts by yours truly followed by some of the best articles I read from the personal finance blogosphere over the last week or so.

3 Great Ways You Could Have Spent Your Tax Refund

Prairie EcoThrifter said not to waste too much money on your garden.  No, that’s what my lawn is for….

In enjoyed this post about solving a debate over bonds, on Michael James on Money.

Mr. Money Moustache said the financial media has it all wrong.  Instead, focus on where you can save money and then invest that money and make it grow.  Some savings tips?  “There is no difference in the speed at which a 2004 Honda Civic and a 2013 Honda Accord will get you to work, but the difference in operating costs will add up to many hundreds of hours of your work over the cars’ lifetimes. Bikes improve your life even while reducing your need to pay for cars. Bringing your own lunch to work provides you with healthier food while allowing you to keep much more of the money earned while working.”

Boomer and Echo said Tax Free Savings Accounts (TFSAs) can make you rich.  They very well might, if you use the account effectively over a long investment period.

The Passive Income Earner listed some top stocks to consider.

Preet Banerjee reminded us to forget the latte-factor for a minute, spending money on booze could be much more painful to your retirement plan.

Big Cajun Man recalled a good ol’ saying from his father, when dealing with telcos.

Dividend Mantra is starting to look at more Canadian bank stocks for his portfolio.

I like what Steadyhand wrote about being a better investor: “1) being realistic, 2) having a long-term plan, 3) committing to a routine, 4) being prepared for extremes, and 5) being a good CEO of your portfolio.”

Rick Ferri said there is a good reason to own bonds:  a bond allocation helps protect a portfolio from its owner.

Outlier Model wondered if Encana was a good choice for the TFSA.  It could be, just be mindful some Canadian companies pay their dividends in USD and the consequences of that.

Dividend Ninja told us what happens to bonds when interest rates rise.

Canadian Budget Binder revealed what are realistic investment returns although I’m not convinced “good long-term investors can probably make 15% a year…”  If I can get between 5-7% real return (after inflation) I’ll be very happy over the next few decades.  In The Random Walk Guide To Investing by the legendary Burton Malkiel:  “It turns out that the longer you hold your stocks, the more you can reduce the risk you assume from investing in common stocks. From 1950 through 2002, common stocks provided investors with an average annual return of a bit more than 10 percent…”  “Even during the worst 25-year period you would have earned a rate of return of almost 8 percent — a quite generous return and one that was larger than the long-run average return from relatively safe bonds. This is why stocks are a wholly appropriate medium for investing in long-term retirement funds.”

The Blunt Bean Counter said finding a great business partner is similar to finding a spouse.